To share your memory on the wall of Ray Robinson, sign in using one of the following options:

A receipt has been emailed to the address provided. A receipt may also be printed.

Print
Ray E. Robinson, 86, of Akron, Ohio passed away January 18, 2021 at home following a short illness. He was born March 9, 1934 in Pikeville, Kentucky, the son of the late John Robinson and Bessie Hopkins Robinson.

Ray was a 1951 graduat... Read More
Ray E. Robinson, 86, of Akron, Ohio passed away January 18, 2021 at home following a short illness. He was born March 9, 1934 in Pikeville, Kentucky, the son of the late John Robinson and Bessie Hopkins Robinson.

Ray was a 1951 graduate of Pikeville High School in Kentucky, where he excelled in football. He served in the U. S. Army from 1956 to 1958, where he was stationed at Fort Bragg, North Carolina and in Germany. While stationed in Germany, he was a standout soccer player for the Army's European Soccer League. After his military service he settled in the Akron area with his family. He worked at Allsides and McNeil's in Akron for a short time before joining his two brothers, Caudill and R. T., in owning and operating Robinson Brother's Furniture, where he worked until his retirement in 1997. Ray was a devoted member and minister of Little Flock Primitive Baptist Church in Akron for 42 years. He was an avid Browns and Indians fan.

The Robinson family wishes to convey their sincerest appreciation for all the help received from Loretta, Jackie and David.

Provide comfort for the family with a meaningful gesture of sympathy.

We encourage you to share your most beloved memories of Ray here, so that the family and other loved ones can always see it. You can upload cherished photographs, or share your favorite stories, and can even comment on those shared by others.

Posted Jan 20, 2021 at 11:06pm
I am truly sorry to hear about the passing of Ray. He was a good christian man and I am so glad that I became a part of this family nearly 50 years ago. Bruce and I always enjoyed our gatherings and looked forward to the Robinson's trip to Greasy Creek. I am sure they are gathered again rejoicing in their new home. Mom has joined them as she went home to be with the Lord on December 22, she was also 86. I love all of you and will be praying for all of you., Charlene Hopkins
Comment Share
Share via: 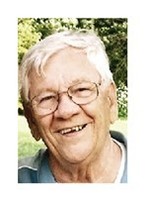